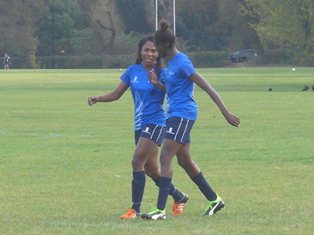 The Lionesses are training ahead of the European Championship elite qualifying campaign, where they will face Czech Republic, Denmark and hosts Turkey.

Ellie Brazil put England 2-0 up ten minutes from time with Babajide providing the assist, shortly after her introduction in the 74th minute.

The 18-year-old Babajide remains eligible to represent the Super Falcons since she has no caps to her name for the senior team.

She scored 14 goals in a Cup clash against UCL back in October.