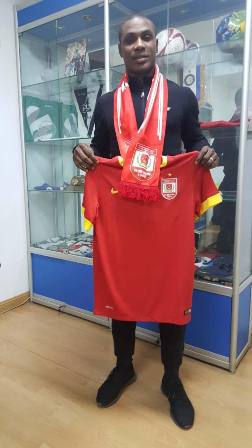 The number nine jersey is usually reserved for the top striker on a team, a clear indication that Changchun Yatai expect their new Nigerian star to lead the frontline in the new season.

He was handed the number nine and sixteen jersey at Udinese and Cesena respectively.

The Super Eagles star participated in his first training session with Changchun Yatai on Monday morning.