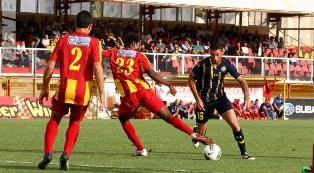 Allnigeriasoccer.com can exclusively report that Efe Ambrose was offered to La Liga outfit Valencia before the opening of the transfer window but the Super Eagles defender turned down the proposal because he wished to remain in the United Kingdom.

At that time, Efe Ambrose was told in clear terms by the intermediary that recommended him to Valencia that he does not qualify for a work permit in England.

Blackburn Rovers are still awaiting the decision of the Home Office before completing the signing of Celtic defender Efe Ambrose.

Nine days have passed since the Championship outfit agreed to sign the Nigeria international on loan for the remainder of the season, but the authorities have yet to ratify the transfer simply because he has not played enough games for the Super Eagles in the last two years.

The former Kaduna United and MS Ashdod star is out of favour at Celtic, and has not played a single game in the Scottish Premiership this season.