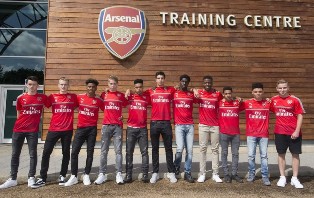 Answering questions from the official matchday programme, Arsenal midfielder Nathan Tormey has given supporters the lowdown on some of his teammates.

When quizzed about the worst player at FIFA 17, Tormey answered : “Tobi Omole”

Omole first played for the Arsenal Academy in the U14s, rising through the ranks before making the step up to the U18s squad.

This season, he has started two games for Arsenal in the U18 Premier League and came off the bench in six matches.

Tobi Omole started his career as a box-to-box midfielder but as mainly played at center back since joining the Gunners.