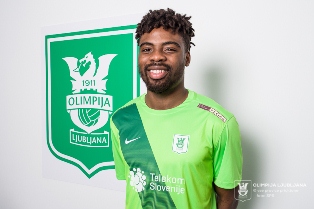 The Tottenham Hotspur Academy product has committed his future to Olimpija Ljubljana for the next three years.

Olimpija, writing on their official website, admitted that they did not agree terms with the winger earlier and the transfer had been on the brink of collapse, with reports suggesting that there was a misunderstanding in the terms net and gross salary he would have pocketed after tax.

Oduwa joined Spurs at the age of 11 but had loan spells with Luton Town, Rangers, Colchester United and Peterborough United after failing to break into the first team.

The 20-year-old will link up with his new teammates at their training camp in Turkey on Wednesday.