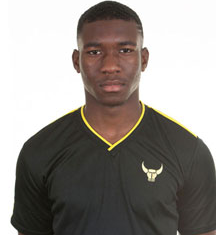 The young Oxford United goalkeeper Emmanuel Agboola has chosen to play for Nigeria at international level rather than England where he was born, allnigeriasoccer.com has been informed.

The John Madejski Academy product is available for Nigeria if the grandfather rule is invoked by the Nigeria Football Federation.

Agboola is still only 18 years and can turn out for all the Nigerian national teams - Super Eagles, Flying Eagles and Olympic Team - minus the Golden Eaglets.

The youngster won’t be the first goalkeeper born in the United Kingdom to commit his future to Nigeria, and follows in the footsteps of Wolverhampton Wanderers star Carl Ikeme.

Manny Agboola penned a two-year scholarship deal with Oxford United in the summer of 2015 following a successful trial, and has been named in their matchday squad in the last two rounds of the FA Cup.