...the complete Nigerian football portal
Subscribe
Why Solanke Has Not Signed New Chelsea Deal? Not About Money
Published: March 02, 2017 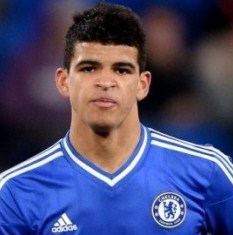 The Telegraph has apologized to Chelsea striker Dominic Solanke for wrongly reporting that he was demanding £50,000 per week from the Premier League club before extending his contract.

Through their print edition, the editors of the British newspaper clarified that no such financial demands were made by Solanke as part of his contract negotiations.

Reacting to the retraction by the Telegraph, Solanke stated : “don’t believe everything you read”.

However, the England U20 international may still walk away from Stamford Bridge as a free agent in the next three months, with his current contract set to run out at the end of this season.

Allnigeriasoccer.com picked up the stories of Solanke demanding a pay rise from the English press and we apologize for the false reports.