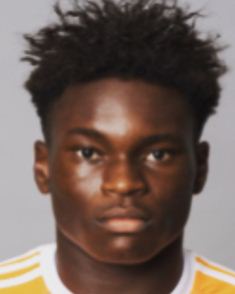 Allnigeriasoccer.com understands that Premier League pacesetters Chelsea are keeping tabs on Houston Dynamo wonderkid Kelechi Onyewuenyi with a view to a transfer in the near future.

Kelechi’s intermediary has opened a line of communication with Chelsea technical director Michael Emenalo, but talks are still in the preliminary stage.

The central midfielder, who will celebrate his 18th birthday on March 15, has also been offered to other unnamed English Premier League teams and Scandinavian giants Rosenborg are showing an interest in him.

Blessed with an excellent range of passing, strong and technically gifted, Kelechi Onyewuenyi has drawn comparisons to Super Eagles icon John Obi Mikel, who used to play for Chelsea before his move to Tianjin Teda in January.

Born in Texas, United States to a Nigerian mother and father, he would be open to playing for one of the national teams of Nigeria.