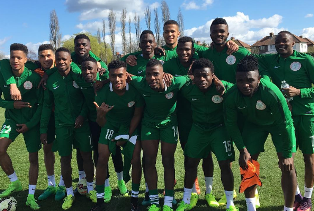 The Super Eagles players conducted their customary team walk on Thursday morning, with only nine hours left before they step out onto the Hive Stadium turf for their first game of 2017 against Senegal, allnigeriasoccer.com understands.

The team walk is a ritual during match days and helps the squad to bond and interact among themselves.

Chippa United goalkeeper Daniel Akpeyi breezed into the Crowne Hotel premises as the players were about to commence the team walk.

Super Eagles coach Rohr called for a team meeting at 1130 hours local time, and it is envisaged he will announce his starting eleven and his tactics for the game during this meeting.

Uche Agbo, Kingsley Madu and Musa Mohammed have not reported to the Super Eagles camp as at the time of this report.