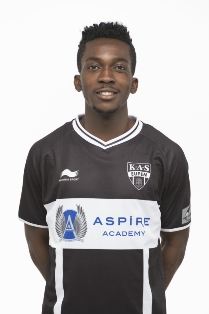 Highly coveted Nigerian striker Henry Onyekuru scored his 13th and 14th goal in the Belgian First Division A in Eupen’s 2-2 draw with Roeselare on Saturday night.

The crucial goals prevented Eupen from losing the tie after conceding two goals in the first half.

After a rapid counterattack, Onyekuru reduced the deficit seven minutes out of intermission, then grabbed his second goal of the game when he tapped home from close range with 14 minutes left on the clock.

In the January transfer window, the 19-year-old was linked with a transfer to Celtic but Eupen did not sanction the move.

He has been scouted by Premier League trio Manchester United, Manchester City and Arsenal this season.