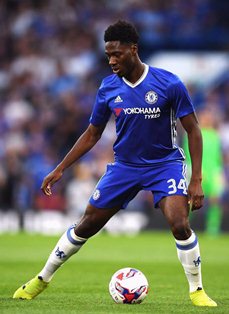 France international N'Golo Kante has thanked his teammates at Chelsea after bagging the PFA Player of the Year accolade.

The defensive midfielder has been very pivotal for the Blues in their bid to win the Premier League title, starting every single game except the 3-0 win over Bournemouth which he missed because of a suspension.

''They gave me a round of applause and that’s very important because without them I couldn’t receive this award,'' Kante told Chelsea's official website.

''We are having a good season together and I hope we can achieve something bigger than this award because I think football is about sticking together, and if we can win the league or win the cup it will be amazing for the team, for the club and for the fans.''