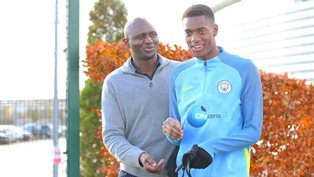 According to the Times, the central defender is unhappy over his lack of first-team opportunities despite assurances before the start of this season, and is eager to play for a team where he will get more game time.

Apart from the interest from RB Leipzig, the England youth international is on the radar of Paris Saint-Germain, Everton and Celtic.

The 19-year-old Adarabioyo will not make a decision on his future until the season ends next month.

City have held talks with Tosin's representative, his brother Gbolahan Adarabioyo, but the negotiations ended fruitlessly, and it is thought he wants to move on to pastures new.

The defender joined City at the age of five and has made only four appearances for the first team to date.