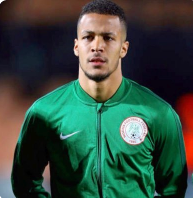 Nigeria international William Troost-Ekong has been named in the Team of the Week for the fifth round of the Belgian First Division A playoffs.

The central defender shone in Gent's road win over Zulte-Waregem on Tuesday, and assisted goalkeeper Lovre Kalinic to post a shutout.

Troost-Ekong's performance was more impressive because he was not initially included in the starting line-up, and was a last-minute replacement of the injured Stefan Mitrovic.

In a 3-5-2 formation as published by voetbalkrant, the ex-Tottenham Hotspur talent occupied the left side of central defense.

Gent have only conceded one goal, against Club Brugge, in the five matches started by William Troost-Ekong.