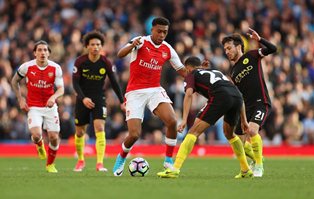 The Hale End Academy product was a surprise inclusion in the starting XI when the U23s tackled Reading in Premier League 2 on April 10, and it has now come to light that he requested to feature in that game.

“It was Alex himself who suggested to the manager that he should be allowed to play for the U23s so as to maintain his match fitness,” a source close to the player told SCORENigeria.

Iwobi has not been utilized by Arsenal coach in the team's last six games in all competitions.

Overall he has made 36 appearances for the Gunners first team this term, scoring 4 goals in all competitions.