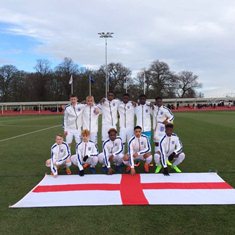 Top scouts from English Premier League teams attended the Torneo Delle Nazioni that ended in Gradisca d’Isonzo, Italy on Monday, May 1, according to reports.

Chelsea, along with Manchester United, Manchester City and Leicester City, sent their scouts to monitor at close quarters some of best young players in world football.

Totttenham Hotspur midfielder of Nigerian descent Noni Madueke made England U15s roster and shone during the tournament, particularly against Slovenia in which he netted two goals.

Born March 10, 2002, Madueke made his debut for the U18 team of Tottenham Hostpur in their 2-1 loss to Aston Villa three months ago.

The 15-year-old made the back pages in England a year ago for scoring a Messi-like goal for Spurs U14s in the Cayman Youth Cup.

In the final of the Torneo Delle Nazioni, Madueke came off the bench as England lost 2-1 to the United States.