Zamalek Star Yusuf : Nobody Has Contacted Me About Super Eagles Call-Up 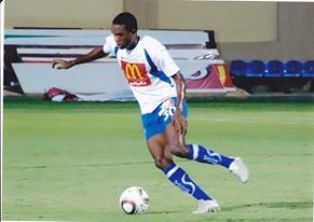 Rumours that Zamalek star Maroof Yusuf has been called up to the Super Eagles squad for their friendly against Corsica on May 26 are wide of the mark.

The 24-year-old has stated that he has not yet been contacted by manager Gernot Rohr or his lieutenants over an invitation to the national team, but he's willing to represent the country if he is called upon.

''Nobody has contacted me regarding the friendly between Nigeria and Corsica,'' said Yusuf to allnigeriasoccer.com.

The friendly against Corsica will be played outside Fifa's international window, but the skillful midfielder hopes to make it to France by hook or by crook if he is considered by the coaching staff.

''Why not? I'll be able to make it to France if I am really invited. It is a very good opportunity for me.''

Nigeria's training camp in Corsica and Paris will run for eight days (May 23-31) and Zamalek will be involved in the CAF Champions League and Egyptian Premier League during that period.