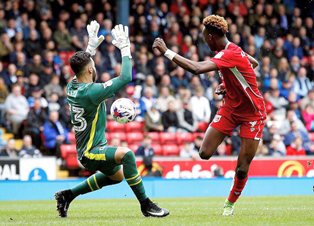 In doing so, Abraham became the first player to win the three main awards in the same season.

The 19-year-old, who spent the whole of this season at Bristol City on loan from Chelsea, netted 26 goals in all competitions, including 23 in the Championship to win the top scorer award.

Abraham will return to his parent club Chelsea, but is expected to join a Premier League team next season, with Leicester, Everton, Newcastle and Brighton all interested in his signature.