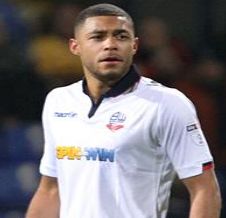 Championship newcomers Bolton Wanderers have confirmed their retained and released list following the conclusion of the 2016-2017 season.

Former Manchester City defender Reece Wabara has been informed that he won't be offered a new deal when he comes off contract on June 30.

The 25-year-old arrived the Trotters in February 2017 and could only make one appearance for the team before he was declared surplus to requirements.

Though Bolton kept silent on the status of ex-Dream Team VI invitee Viv Solomon-Otabor, it is envisaged that he will return to his parent club Birmingham City.

Former Real Madrid defender Derik Osede has been retained by Bolton Wanderers ahead of the opening of the transfer window.