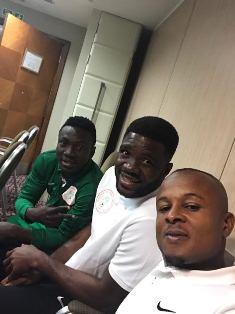 Nigeria international Oghenekaro Etebo is attracting the interest of a plethora of teams based in Germany and Turkey, according to his representative.

The attacking or central midfielder's contract with CD Feirense will run out at the end of next season, and the Portuguese setup may cash in on their prized jewel, rather than allow him leave for nothing.

''So many teams are interested in Etebo, but no offer has been made yet, '' Etebo's rep told allnigeriasoccer.com.

''His contract with CD Feirense will end next June and he has not been offered a new one. I have been contacted by agents representing Turkish and German clubs.

''Fenerbahce is not one of the clubs involved and we have not been officially approached by any team from England.''

Etebo, 21, has been watched by Arsenal, Manchester United, West Brom and Leicester City this season.