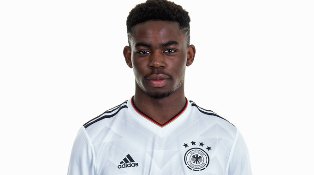 Hertha BSC central defender Jordan Torunarigha will join Germany U20 World Cup squad in good form after netting his first professional goal in his side's 2-0 win at Darmstadt 98 on Saturday.

The 19-year-old doubled Hertha BSC's advantage in the 28th minute after free-kick by Marvin Plattenhardt.

Torunarigha is one of the two players of Nigerian descent named in Germany's World Cup roster, the other being Fortuna Dusseldorf frontman Emmanuel Iyoha.

He is expected to fly to the South Korean capital Seoul on Sunday evening from Frankfurt along with nine players that made the roster and were in action for their respective clubs on Saturday.

The youngster has seven appearances under his belt for the first team of Hertha BSC.