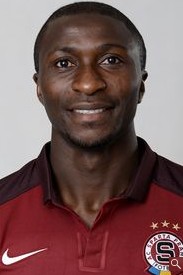 Before today's meeting at Stadion Neftyanik (Ufa), the striker last hit target on October 30, 2016 in a 2-0 road victory over Arsenal Tula.

Having come off the bench at the start of the second half, Fatai netted in the 90th minute to earn Ufa the three points and their second consecutive home win in the division.

Out-of favour Super Eagles striker Sylvester Igboun was in action for the entirety of the game, and was partnered by Fatai in attack in the second half.

Ufa, with 39 points, occupy the seventh position on the table two games before the end of the season.