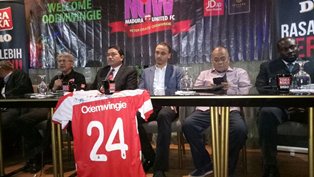 In a reversal of roles, the Super Eagles star bagged his fifth goal of the season in the 42nd minute after he was set up by Nwokolo, before providing another assist for MadUtd's third goal on the hour mark.