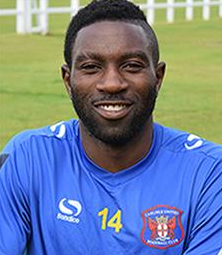 EFL League Two outfit Carlisle United have confirmed their retained and released list ahead of the start of pre-season training.

Everything indicates that the experienced striker Jabo Ibehre will remain at  Brunton Park next term as he has been offered a new contract, with his current agreement set to run out on June 30.

For the second consecutive season, Ibehre was the top scorer for the Blues and tallied 12 goals from 38 league appearances during the 2016-2017 campaign.

The 34-year-old arrived Carlisle United from Colchester United in the summer of 2015 on an initial one-year deal.