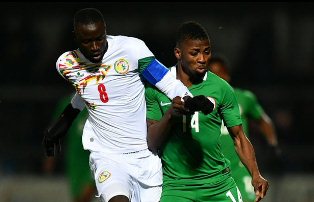 The transfer of Nigeria international Kelechi Iheanacho to West Ham which was reproduced by several media outlets at home and abroad (excluding allnigeriasoccer.com) was originally published by a  fake Sky Sports Twitter account, according to Score Nigeria.

It had been claimed that Iheanacho was set to join West Ham from Manchester City for a transfer fee of 24 million pounds, which would have broken the Nigerian transfer record currently held by Odion Ighalo.

From the word go, there were inconsistencies in the reports because the Citizens striker is in France with his national team contrary to the false reports that he would undergo a medical check-up on Saturday.

West Ham and Manchester City insiders did not waste time in dismissing the fake transfer news when it broke on Friday evening.

The 20-year-old Iheanacho was on target in Nigeria's 1-1 draw with Corsica on Friday.