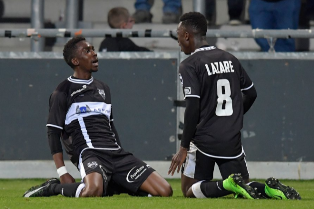 A seven million pounds bid from the Hammers was rejected outright as it failed to meet Eupen's asking price, but the London Stadium outfit remain keen on the youngster.

''West Ham are going to put in a second bid for Henry Onyekuru, they will also bid for Kelechi,'' a top source told allnigeriasoccer.com.

''The first bid was rejected because Eupen believe he is worth more money, but West Ham are very keen on Henry.''

Onyekuru, 20, has yet to make his competitive debut for the Nigerian national team, therefore, interested Premier League teams must pay a hefty fee otherwise he won't be issued a work permit in England.

Arsenal, Newcastle United and Swansea City are believed to be monitoring the situation of Onyekuru with a view to a transfer in the summer transfer window.