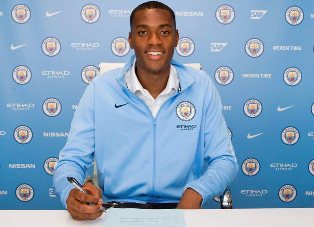 Manchester-born central defender Tosin Adarabioyo is eager to make his debut in the English Premier League after signing a new long-term contract with Manchester City.

The 19-year-old has ended speculation about his future at the Etihad, with City revealing on Tuesday that he has appended his signature to a fresh four-year deal.

"That’s the main thing we are here for, getting into the first team," Adarabioyo told mancity.com.

"But we have a talented group of players, so I have to keep working hard and when the opportunity comes I take it.''

Adarabioyo has appearances under his belt for Man City in the Champions League, FA Cup and League Cup.

He was an unused substitute in City's 4-2 loss to Leicester City in the Premier League in December 2016.