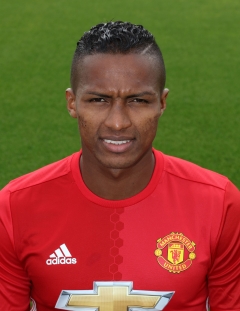 Through their official Twitter account, Manchester United asked fans across the globe to specifically mention the best qualities of the right wing-back, and Nigerian fans were quick to praise the number 25.

Here are some of the best comments from Nigerian supporters :

@Mr_Somzy : ''He doesn't ever get tired. Running up and down the flank. Incredible team player and hardly on the doctors table. Good role model. Ride on 👏

@ElotOwali "His work ethics and determination for the team as a whole, he makes the right back, wing back, right wing positions his own.''

@Olutrafford : ''His pace and commitment''

@spiffy_tee1 : ''the best wingback in the world, top speed, good defensive instinct. Am always calm once I sight his name on the match day''

Last season, Valencia picked up the Players' Player of the Year accolade and finished as runner-up to Ander Herrera for the main award voted for by United fans.

The 31-year-old joined Manchester United from Wigan Athletic in the summer of 2009.