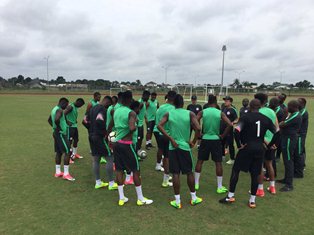 Chelsea defender Kenneth Omeruo has opined that the Super Eagles would have beaten South Africa in an African Cup of Nations qualifier staged in Uyo this month if he was handed game time.

In truth, one of the strange decisions taken by Nigeria manager Gernot Rohr was to name Chidozie Awaziem in the starting eleven ahead of Omeruo, and his gamble backfired with the untested Porto central defender blamed for the first goal conceded by the home team.

“I would have made the difference if I had played , but I also remember I was also a young boy when I was given my chance in the team, ” Omeruo stated.

Omeruo was excused from the Super Eagles get-together in Paris last month due to club duties with Alanyaspor.