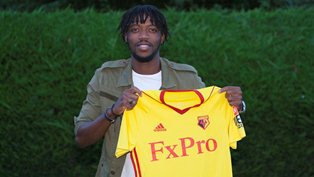 The England U21 international is leaving Stamford Bridge after fourteen years, having first joined the Blues at the age of eight.

Chalobah has penned a five-year deal which will keep him at the Vic until the end of the 2021-22 season.

He spent the 2012-13 season on loan at Watford and also had loan stints with Nottingham Forest, Middlesbrough, Burnley, Reading and Napoli.

For the forthcoming season, Nathaniel Chalobah has been handed the number fourteen jersey.