...the complete Nigerian football portal
Subscribe
Arsenal Winger Iwobi : England Wanted Me To Play For U21 Team Before My Nigeria Debut
Published: July 15, 2017 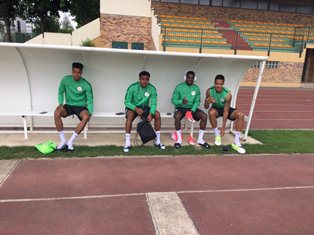 Arsenal wonderkid Alex Iwobi has revealed that the English Football Association attempted to persuade him to represent their U21 national team before he made his competitive debut for the Super Eagles.

Born in Lagos, the 21-year-old Hale End Academy product previously represented England's U16, U17 and U18 teams but did not need to apply to Fifa for a one-time switch because he only appeared for the U17 team in international friendlies.

Iwobi first trained with Nigeria's Olympic national team before his elevation to the Super Eagles in 2015.

''Originally I’m from Nigeria. I always felt comfortable there. It was a hard decision because Id played for England but I felt more at home there,'' Iwobi was quoted as saying by The Mirror.

''When I first went they treated me like royalty. For the U23s, like a king. It’s a big thing there.

''As I was about to play my first match (for Nigeria) Roy Hodgson was in contact with Arsenal saying they’d like me to get involved with the under-21s but my mind was made up. It’s my decision.''

Iwobi has earned twelve caps since his debut for the Super Eagles in an international friendly against DR Congo.