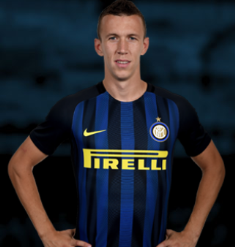 Manchester United are set to announce their third signing of the summer transfer window after agreeing a deal with Inter Milan for the services of Croatia international Ivan Perišić.

The electronic edition of the Sun is reporting that United have agreed a £40million fee with Inter Milan for Ivan Perisic, and he'll link up with the Red Devils at their training camp in the United States in the coming days.

The Nerazzurri have fueled rumours of the winger's exit as they are reportedly on the brink of announcing the capture of Lazio's Senegal international Keita Baldé Diao.

Described as an effective winger, Perišić had been on the radar of Chelsea before Manchester United struck terms with Inter Milan.

Jose Mourinho's side have already completed the signings of Romeleu Lukaku and Victor Lindelof in this window.