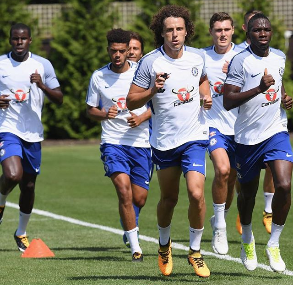 Kenneth Omeruo has confirmed that he has received offers from Turkish clubs but his priority is to continue his career with an English club.

Allnigeriasoccer.com broke the news that the Nigeria international is in talks with newly promoted Turkish Super Lig club Göztepe S.K, while Sivasspor and Yeni Malatyaspor are also interested in his services.

''Yes, I do have offers for Turkey but I am focused at staying in England should the right opportunity present itself. If not, I will consider alternative options,'' Omeruo told The Nation newspaper.

''The EPL is a great league. Very challenging and one that I know I can handle when given the chance.''

Chelsea are preparing to bid farewell to the Super Eagles star before the close of the summer transfer window, as they are seeking an outright sale, rather than loaning him out again.

The 23-year-old has spent the last five years on loan at ADO Den Haag, Middlesbrough, Kasımpaşa and Alanyaspor.