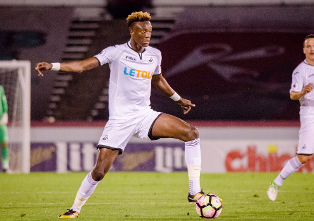 Manchester United posted a scout to monitor the pre-season friendly between Swansea City and Birmingham City on Saturday.

Birmingham City have revealed via the official scouts and intermediaries guest list that a representative of the Red Devils Stephen McCarthy was among the spectators that watched the entertaining encounter at St. Andrew’s Stadium.

Abraham would have definitely impressed the scouts in attendance, having netted his second goal from three pre-season matches with a volley in the 56th minute, before he was substituted with five minutes remaining.

The England U21 star was linked with Leicester City, Newcastle United and Brighton before he agreed terms with the Swans.