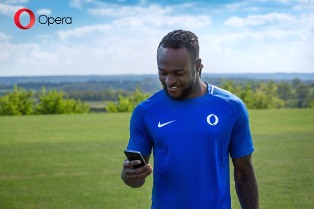 Barring a last-minute injury, Chelsea right wing-back Victor Moses will add to his international caps when Nigeria lock horns with Cameroon in a World Cup qualifier next Friday.

The former England U17 star pulled out of the African Cup of Nations qualifier against South Africa in June due to fatigue, having played 40 matches in all competitions for Chelsea last season.

Nigeria manager Gernot Rohr has confirmed that Moses and his former Chelsea colleague John Obi Mikel have been named in the provisional squad for the Battle of Uyo.

''Mikel Obi is coming back after his injury. We missed him very much. Also, Victor Moses and Leon Balogun will also return to the team,” Rohr told SCORENigeria.

''Unfortunately, we will be without our goalkeeper Carl Ikeme, who is sick.''

Since June 30, 2014 when Nigeria lost to France in the World Cup, Moses has played only four matches for the Super Eagles from a possible 23.