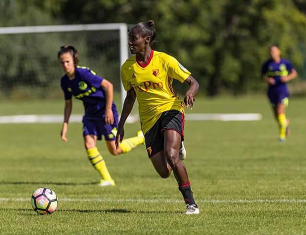 Watford Ladies have confirmed squad numbers ahead of the start of the 2017-18 FA Women's Super League 2 season.

Babajide is well known in these parts for scoring fourteen goals in the second half as University of East London women's football team demolished University College London 40-0 in a British Universities Cup game.

The 19-year-old joined Watford in February 2017 and represented the club in the FA WSL Spring Series.

Former Arsenal striker Adekite Fatuga-Dada extended her contract with the Golden Girls in February and has featured for the U17 team of England.