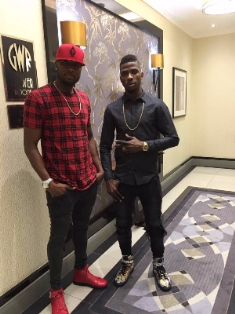 Bought for £25m‎, yet to score or provide an assist in four English Premier League, EPL games, pressure is already mounting on Leicester City forward Kelechi Iheanacho to start delivering for the club he joined this summer.

A breakdown of matches he has played so far this season shows that, he has been used as a substitute in three of his four EPL appearances and played just 105 minutes of a possible 540 minutes in Leicester City’s first six games of the season.

He rose to prominence as an offensive midfielder, in his days with Nigeria's national youth teams, scoring six goals and providing seven assists, which earned him the MVP award at the 2013 FIFA U-17 World Cup.

Kelechi has since been converted into an out-and-out striker by both club and country.

‎At a point in his first full season with Manchester City in 2016, Kelechi scored every 96 minutes, a statistic that showed he had the best goals-to-minutes ratio of any player in the EPL history.

He added that, it's just a matter of time before the former Nigeria U-15 team player starts scoring for his new club.

"Leicester City know they've got a goal machine. The injury he sustained in the pre-season friendly game against Borussia Monchengladbach slowed him down,'' Ogbodo said.

"But you can see in the few matches that he has played so far this season that he is getting sharper with each game.

"It's just a matter of time before he starts scoring.''

For Nigeria's senior national team, the Super Eagles, ‎the 20-year-old striker has also made a statement.

His seven goals in eleven appearances for the three-time African champions, has made him a preferred choice upfront, even at the expense of more experienced strikers like, Odion Ighalo, Ahmed Musa, Obafemi Martins and Brown Ideye.

Ogbodo further added that Kelechi's target is to one day be ranked among the best strikers ever to come out of the continent of Africa.

"He is aiming and working to be a great striker in the history of Africa. He wants to be better than Samuel Eto'o, Kanu Nwankwo or even Didier Drogba.

"Always he says to me, ''I still want to learn more, improve my game and be a great player in future'' Ogbodo added.

Kelechi is one of the 23 players Super Eagles Coach Gernot Rohr has called up for next week's important 2018 FIFA World Cup qualifying game against Zambia.