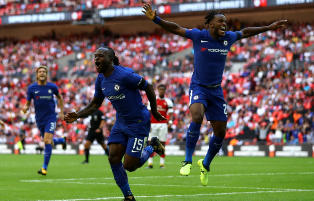 Speaking at a press conference on Friday afternoon, Chelsea manager Antonio Conte says all the players in the first team are eager to start in Saturday's huge clash against Manchester City in the Premier League.

Victor Moses could make the starting line-up against the Citizens, but the decision lies with the Italian gaffer, and the Nigeria international would have featured in three matches in seven days if selected for tomorrow's match.

''Every single player wants to play in this game. This massive game is only after two days after the last game. We are ready, it is a massive game and we are excited to play,'' said Antonio Conte.

''I don’t know. It is the 7th game in 21 days. It is an important and tough after Atletico.

''It will not be easy to make a decision tomorrow. In my eyes there is the last performance against Atletico. Every player played well. I have to check the physical condition.''

Moses will report for international duty as from Monday, October 2, if he comes through the game against Manchester City unscathed.