...the complete Nigerian football portal
Subscribe
Which Coach Will Be In The Dugout Algeria Vs Nigeria? Ex-Man City Star Favored
Published: October 12, 2017 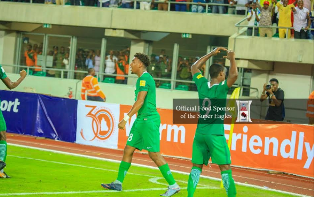 The Algerian Football Federation (FAF) are poised to confirm the dismissal of Spanish tactician Lucas Alcaraz, with the executive committee voting unanimously to do away with his services at a meeting on Wednesday.

While it is all but confirmed that the former Granada manager will get the chop, his contract is still running as the Algerian Federation have not yet discussed the terms of the termination of his contract and the financial compensation.

If there is an agreement between the two parties, the FAF will terminate the contract of the Spaniard and announce it officially through a press release via the official website.

According to the reliable Algerian football website Le Buteur, the Algerian Federation are in advanced talks with former Manchester City midfielder Djamel Belmadi over becoming the new Desert Foxes coach.

Another name being bandied about for the job is ex-Monaco and Marseille defender Rolland Courbis.

In the event that a substantive coach is not appointed by the Algerian Federation before their World Cup qualifier against Nigeria, then Boualem Charef will take over the coaching reins on an interim basis.