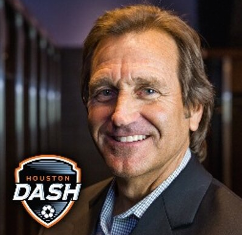 The Texas native had been in search of a new employer after he parted company with National Women's Soccer League (NWSL), Houston Dash, in May 2017.

The Executive Committee of Nigeria Football Federation held a meeting at the Plateau State Governor’s Lodge on Wednesday, 18th October 2017 and one of the important issues discussed was the hiring of Waldrum.

''The Board approved the recommendation of the Technical and Development Committee for the appointment of Mr. Randy Waldrum as Technical Adviser of the Super Falcons, and directed the Secretariat to immediately conclude negotiations with Mr. Waldrum,'' the NFF stated in a press release on Thursday.

The 61-year-old Waldrum, who was a midfielder during his playing career, previously managed Pittsburg State University, University of Tulsa, University of Notre Dame and Trinidad and Tobago (women) teams.

He coached Super Falcons defender Osinachi Ohale at Dash during the 2014 season.