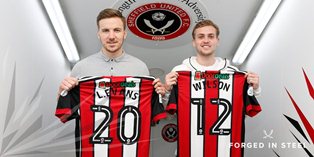 Manchester United have announced the outgoing transfer of promising striker James Wilson, through their official website.

The 22-year-old will spend the remainder of the 2017-2018 campaign on loan at Championship club Sheffield United.

Wilson has experience of playing in the English second-tier having had previous loan spells at Brighton & Hove Albion and Derby County.

He marked his senior debut by scoring two goals in United's 3-1 win over Hull City in May 2014, and has gone on to make 20 appearances for the first team.

He has been on the books of Manchester United for more than fifteen years.