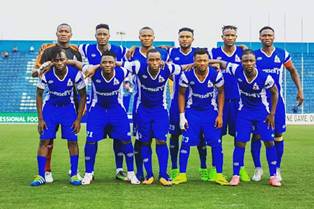 Rivers United have been ranked the best Nigerian club in 2017 by the International Federation of Football History & Statistics (IFFHS) , writes the organization in its latest club world ranking.

Real Madrid are the top team in the world, Gremio the second and Manchester United occupied third position.

The Nigeria Professional Football League (NPFL) is the 63rd strongest national league in the world, according to the Lausanne based organization.