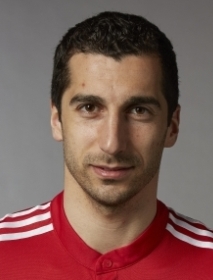 In 2006, there was a major transfer deal between Chelsea and Arsenal football club involving Ashley Cole and William Gallas with Chelsea securing the services of the English left back in a deal involving Gallas and £5 Million.

Chelsea back then indicated a strong interest in the left back by involving William Gallas who was at the peak of his career then in the deal.

The deal proved to be worth it for the Blues and Cole as he went on to play a part in the historic era of dominance for Chelsea with domestic and continental medals to his name.

Arsenal's era of dominance ended with the transfer as the club lacked trophies both domestic and continental.

The Chilean’s consistent performance over the years for Arsenal has led analysts and critics to a popular belief that Manchester united secured a better part of the deal than Arsenal who get money plus out of form Mkhitaryan.

Their conclusion is based on the current stats analysis and performance between the two footballers.

The analysis of the swap deal indicates that arsenal could prove to be the winners of the transfer in the long run which will encourage many Nigeria to bet on Arsenal at Betway soccer betting now available in Nigeria.

Sanchez could prove to be a short term quick fix for the Mourinho as the attacker could have maximum of 3-4 years performance and considering the finance involved could prove to be a risk for Manchester united compared to Arsenal who get cash plus player.

Arsenal have proved this by the interest in Malcom and Aubameyang. Given the departure of Walcott to Everton, Miki would likely be given chance to impress and rebuild his career.

Mkhitaryan prior to his move to England was an established player in a Dortmund side whose style of football is been adopted in Arsenal.

Alexis on the other hand might find it difficult adapting to Mourinho’s style of football as the Chile winger could be already used to playing attacking football right from his days in Italy.

Considering the media power of the Premier League, the bulk pressure will be on the Sanchez with the Chilean playing to justify the big money in his transfer.

Miki on the other hand will try to impress and silence his critics and could be the puzzle Wenger needs to kick start Arsenal’s ambitions.