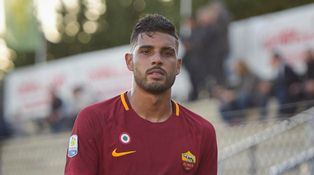 Premier League champions Chelsea have been handed a huge boost in their pursuit of Roma left back Emerson Palmieri, with the Italian's agent revealing that his client wants to work with manager Antonio Conte.

Due to an anterior knee ligament injury in a match against Genoa last April, his progress has slowed down but this has not prevented the likes of Liverpool and Chelsea from courting the defender.

''Obviously, Emerson would love to play in the Premier League and it’d be a dream to work with Conte, as he is among the best coaches in the world.''

Santos-born Emerson Palmieri represented Brazil at U17 level before changing his international allegiance to Italy.