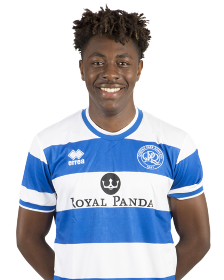 It is that time of the year where clubs in England recognize their most outstanding players across all levels, and two Nigerian teenagers have been shortlisted for awards by Queens Park Rangers.

Eberechi Eze and Aramide Oteh's impressive displays this season have been rewarded after they were both nominated for Queens Park Rangers Young Player of the Year award.

Eze has appeared in 15 matches in all competitions for the London team, scoring two goals in the league, while Oteh has been involved in five games with one goal to his name.

The former Super Eagles invitee, Oteh, Nedum Onuoha and Bright Osayi-Samuel have been listed for the Sportito Player of the Year prize.