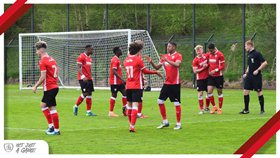 Lagos-born Fred Onyedinma was on song for the U23s of Millwall in their 2-1 victory over Burnley in their final Professional Development League fixture of the season on Monday afternoon at the Den.

The attacking midfielder opened the scoring for the Lions after ten minutes of play with a breathtaking effort, curling a superb shot into the top corner.

And the lead was doubled moments later when Tunnicliffe struck low beyond Conor Mitchell to double the advantage following a fast-paced counter attack of which Onyedinma was yet involved.

Onyedinma, 21, has been one of the key players for the first team squad this season, playing 41 games across all competitions for the club who sit sixth in the Championship.

Former Chelsea trialist Victor Adeboyejo closed the scoring when he netted in the 89th minute and was involved in the build up to The Reds first goal.