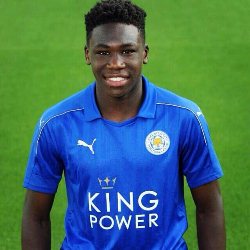 If the left-back agrees terms with the leadership of the Foxes, he will ink his first-ever professional contract with the club in the coming days.

It is believed that Ughelumba will sign a one-year deal, with an option to extend the agreement at the end of the 2018-2019 campaign.

The 18-year-old has continued to show his worth for Leicester City's youth teams, playing 15 games in the U18 Premier League and captaining the side against Brighton.

Regarded as one of the brightest full-backs representing an English Academy, Ughelumba did not quake in his boots when he faced League Two opponents Carlisle United and Morecambe FC in this season's EFL Trophy.

The left-back who can also be deployed as a left-sided central defender is hoping to represent Nigeria in future.