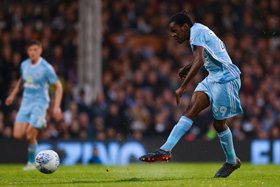 Sunderland manager, Chris Coleman is hopeful that talented Nigerian pair, Joshua Maja and Joel Asoro will agree new terms with the club after showing glimpses of their inestimable qualities for the Championship side who had under-performed throughout the season, dropping down to the EFL League One.

The attack-minded players have extensively been linked with exiting the club with their contracts already running down and have reportedly been mulling over a new deal which the club have offered them.

Premier League side, Newcastle have particularly courted wide interest in the strikers, alongside Arsenal and Watford, and could swoop for them in the knowledge of their contract situations this summer coupled with the club's inability to secure their league status, but Coleman is optimistic of convincing the Nigerians to extend.

"They need to stay with us and develop, but they haven't signed new contracts yet", Coleman was quoted as saying by Sunderland Echo.

"I think we just need to get back round the table with them and have a chat.

"You know what football is like, you don't know who is in the ears of these young players.

"We're optimistic that they are going to stay with us."

Nigerian contingent of Asoro, Maja and Ovie Ejaria were in action for the Black Cats on Friday against Fulham, with birthday boy, Asoro's opening goal proving consolatory for Sunderland who went on to lose 2-1.