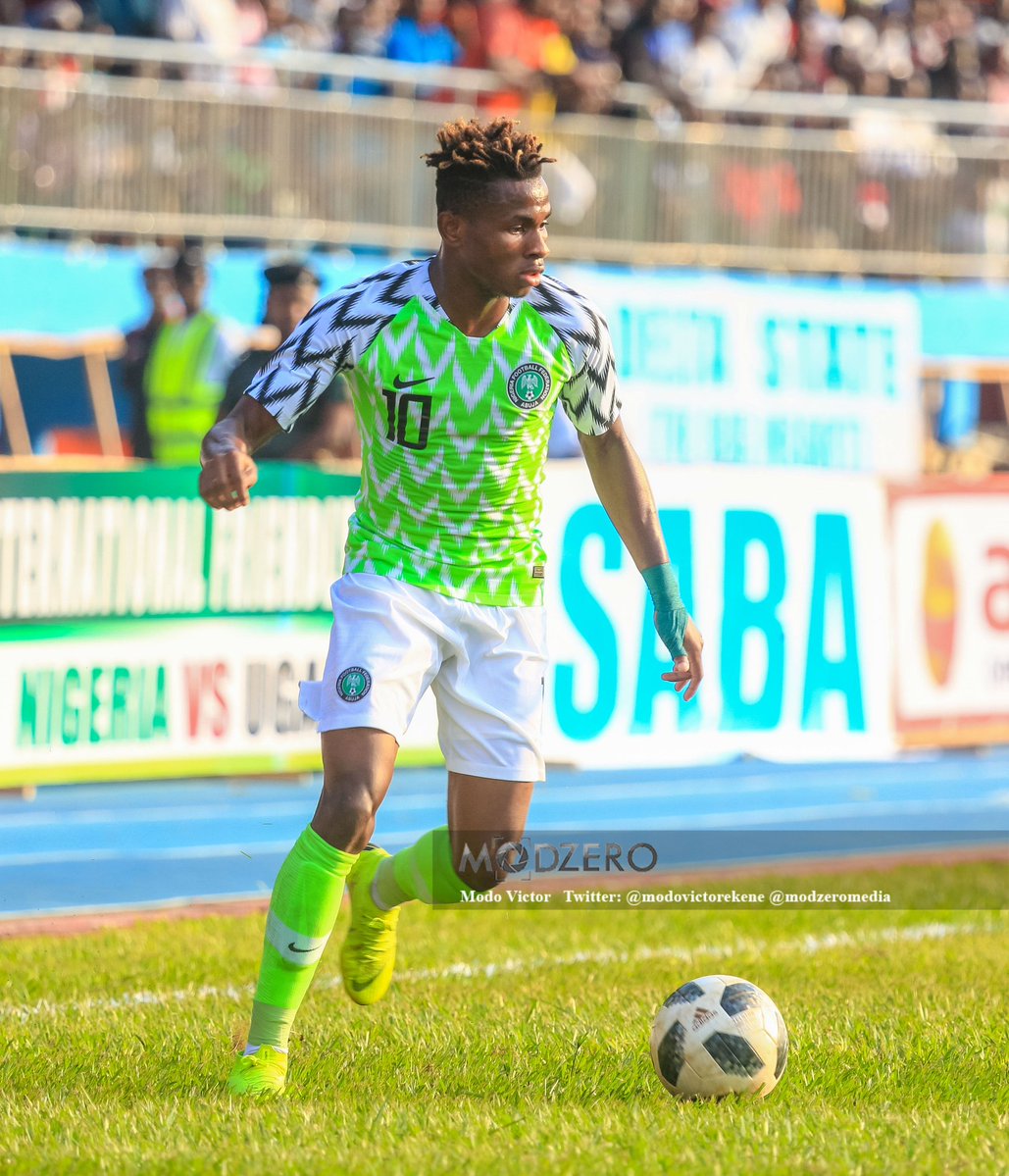 Villarreal new kid on the block Samuel Chukwueze is not the heir apparent to John Obi Mikel in the national team even though he suited up with the number ten kit when he made his international debut against Uganda three days ago.
The German revealed that he invited the former Golden Eaglets sensation to the Super Eagles because he was in search of a left-footed player who can play on the right wing.
Rohr noted that Arsenal's Alex Iwobi has impressed in the last four matches in which he was deployed as a playmaker in the absence of Obi Mikel.
''Sometimes the number ten can play number seven or number eleven also, it is not because you have the number ten that you are the playmaker. The real number ten in our team now is Alex Iwobi, this position he is doing very well,'' Rohr told Nigerian Sports Editors.

''Chukwueze, I saw him in Villarreal, a lot of people were surprised I invited this young boy but he's doing very well and shows a lot of promise on the right wing, can play also on the left wing.
''We were searching for a left-footed player. We only had Kelechi in the World Cup who is left-footed in our team and I think we played some games without a left footer and there's a problem when you play without a left footed player.

''There's a law in football you must have one left footer in the team, we found Chukwueze and he'll do better and there will be competition in the team now which is very good for us.
''We also have Collins and Kelechi as the left footers, also John Ogu, so it's good.''
No Super Eagles player named in the match day squad was handed the number ten kit for the 2019 Africa Cup of Nations qualifiers against Seychelles and Libya.
Ifeanyi Emmanuel