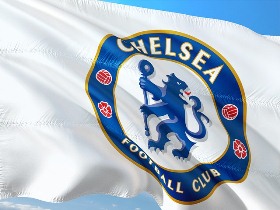 The arrival of Maurizio Sarri has improved Chelsea’s fortunes from their underwhelming last campaign under Antonio Conte.
However, Victor Moses has been the victim of the systematic change at Stamford Bridge, seeing his playing time drastically reduced.
Moses moved to Chelsea in 2012 from Wigan Athletic, where had starred in an attacking role for the Latics.
However, he initially found life difficult, struggling to break into the Blues first team and being sent on loan to Liverpool, West Ham United and Stoke City by Jose Mourinho.
The 27-year-old prospered away from his parent club, including at Stoke, where he arguably played his best football since the 2011/12 season.
A move away from Chelsea seemed the logical step, but Conte’s arrival in 2016 changed that notion as the Blues’ shift to a 3-4-3 formation allowed the Nigerian to come into the fold on the right flank.
He was forced to alter his game slightly to adapt into a defensive role but his main benefit came in his direct approach attacking and providing ammunition for Diego Costa and Eden Hazard in the final third.
Moses became an important cog in Chelsea’s run to the Premier League crown in the 2016/17 season, offering the balance that allowed the Blues to be stoic at the back and bolstering enough firepower to beat out Manchester City among the rest of the elite for the title.
The wing-back’s performances remained at a high level in the next campaign, although the Blues’ displays were to dip from their championship-winning form, resulting in the departure of Conte, only after lifting the FA Cup with a triumph over Manchester United at Wembley Stadium.
Moses managed to replicate his club form at international level for Nigeria. He was deployed in an attacking role for the 2018 World Cup and scored a vital equaliser in the Super Eagles’ final group game against Argentina.
They were seemingly on their way to the round of 16, only to be denied by Marcos Rojo’s late effort. Moses’ effort would be his final act at international level, announcing his retirement at the end of the tournament.
His absence robs Nigeria of a top-tier talent, which could have consequences for their form on the field. Football remains the most popular sport in the country due to their three Africa Cup of Nations crowns - the last of which came in 2013.
The popularity of the game in Nigeria has seen a rise in bookmakers setting up in the country, which will significant for the upcoming AFCON tournament, an event that the Super Eagles have already qualified for.
Nigeria, one of the top 20 economies in the world, still has a sizable population on a low income yet it would be no surprise to see betting markets spike during the competition, with prevalent players from across the European clubs plying their trade, including Alex Iwobi and Kelechi Iheanacho from the Premier League.
As mentioned, Gernot Rohr's men have made it through, but it will be interesting to see how they're viewed in the eyes of bookmakers for their chances at winning the tournament without Moses.
He returned to Stamford Bridge with a new manager and a different 4-3-3 system that has seen the 27-year-old dispatched to the bench.
Moses has not been deemed good enough to dislodge Pedro from the starting line-up, leaving him with a decision to make regarding his future.
At his age, he needs to be starting regularly and he does have the quality to start for most teams in the Premier League. Sides such as Manchester United or Tottenham should be looking very closely at him but don't be surprised to see interest from clubs even further afield across Europe, who desire wingers and attacking wing-backs.
Igho Kingsley
Photo Credit : pixabay.com