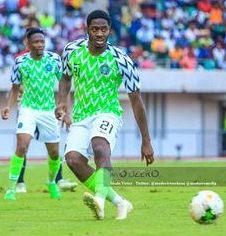 Chelsea loanee Ola Aina helped Torino keep a clean sheet for the fifth successive Serie A match after going the distance in their 2-0 win against Atalanta at Stadio Olimpico Grande Torino on Saturday afternoon.
The Maroons netminder Salvatore Sirigu posted shutouts against Inter Milan, SPAL, Udinese and Napoli prior to the game week 25 tie, with Aina deployed as a wing-back and playing ninety minutes in each match.
Aina's display against Atalanta was appreciated as he was the fifth best rated player of the 28 players in action, receiving a Whoscored rating of 7.39.
Only goalscorers Armando Izzo and Iago Falque as well as goalkeeper Sirigu and Soualiho Meïté, who notched an assist, scored higher than the Nigerian.
The 22-year-old finished the match with two tackles, three interceptions and one clearance, and had 52 touches of the ball.
Thanks to their third win in five matches, Torino have the same number of points (38) as Lazio, who occupy the last Europa League spot in the provisional standings.
Ifeanyi Emmanuel